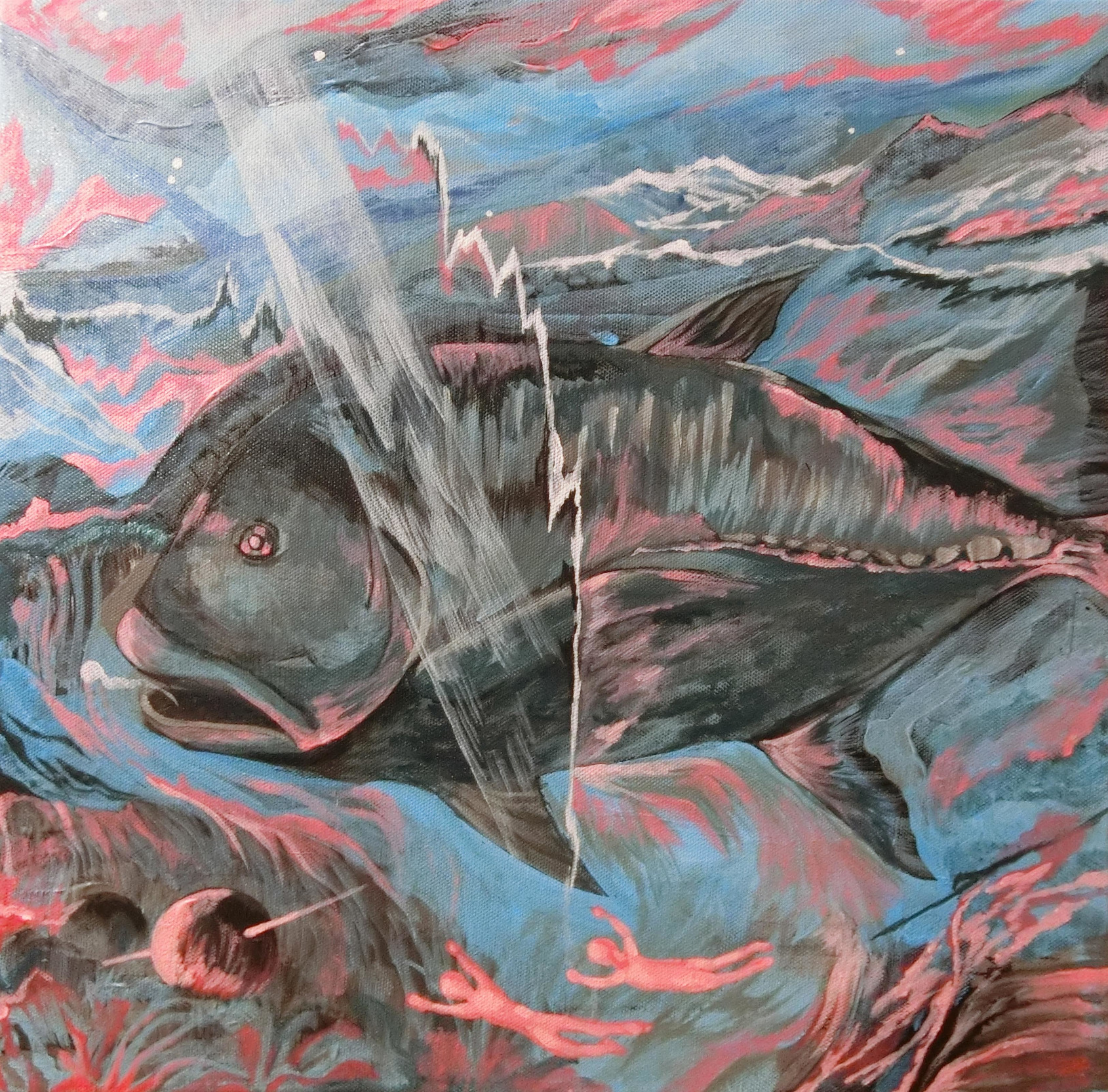 People tend to give names to the life forms they are fond of or to the inanimate objects they often personify. The giant trevally, also known as Ah Niu, have been one of the most beloved fish species among the divers in Kenting, Taiwan. The trevally fish were not scared to get close to people, thus they have been given a name and have become famous living creatures accompanying everyone.

A fisherman illegally entered the port area of Lake Houbi on March 30, 2017. No more Ah Niu were found after he left the lake. Even if the area is not protected by the law, the rule of no trespassing should still be in force. These minor violations have become the symbol of futile work of capitalist consumption. A great number of rare species have been on the verge of extinction. Is it enough just to protect and preserve these non-protected species? Are not the non-marine protected areas on the map also a part of our world? Just because the borders can be moved easily at any time, does it mean that we can always give up on the life beings in this area?

In the memory of Ah Niu, let us think about the meaning of life and borders. Let us ponder upon whether capital and power can effectively intervene in the protection of each and every life form that is not necessarily given the right to speak.

2014 Studying for a PhD, Department of Fine Arts, Taipei National University of the Arts, Taipei, Taiwan
1980 Born in Nantou, Taiwan

The artist is best known for her artistic practice in video art, experimental animation/video, interactive art, multi-media art, and paintings. She focuses on folk stories and social issues in the industrious areas, marginalized areas, or among the lower middle class.

Chen’s works have been selected for numerous international art exhibitions, biennials and festivals in Taiwan, India, Brazil, Japan, China, Israel, South Korea, Singapore, Macao, the United States, Austria, Germany, Russia, and other countries. Her video works have been selected for inclusion in the Film Sector at Art Basel Hong Kong in 2016 and the Film Library at Art Basel Miami 2015. Not only private art collectors, but also museums, including the National Taiwan Museum of Fine Arts, have collected her works.