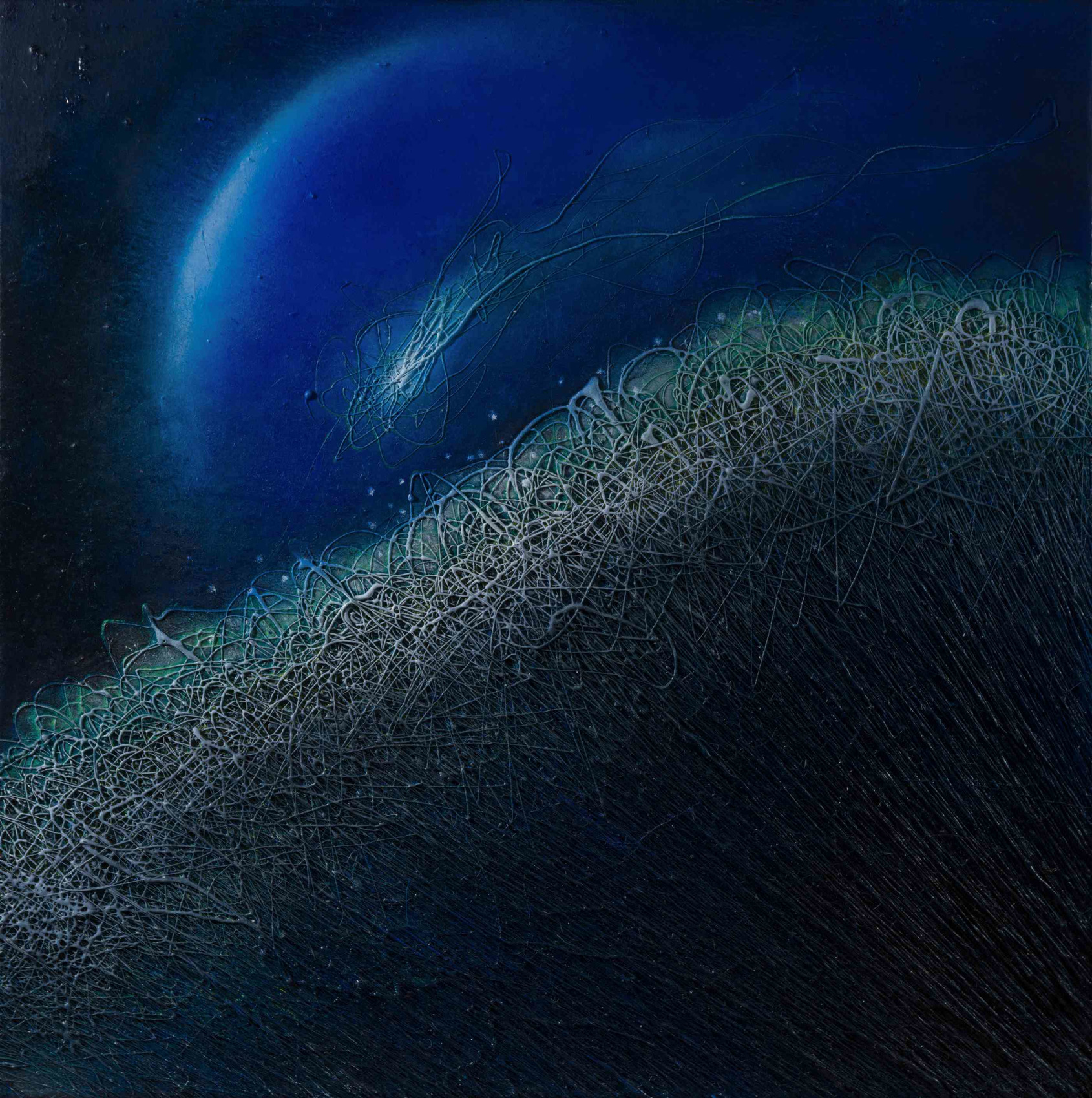 Self-discovery" is not persiting in one's own way. It is a process of self-healing, by which one gets energies to mend the leaks of one's mind and contributes the inner powers to others. It switches the one-way creation into reciprocal intoractions
between the painter and viewers.

Making the invisible elements of lit become visible in one's own creation is very important. At the beginning, the painter sought for the religlon to unlash his life bewiderment and adopted rellglous symbols, for example lotus, to express his idea,
il the time when he could, through his thoughts, experiences and understanding, creat with his own languages.

"l Feelin aways changes as long as exteral and intenal elements vary, Life is impermanance. Based on this cogntion, the painter demands himself Surpass the waves of feeling and to elavite the value of lfe in his creation.