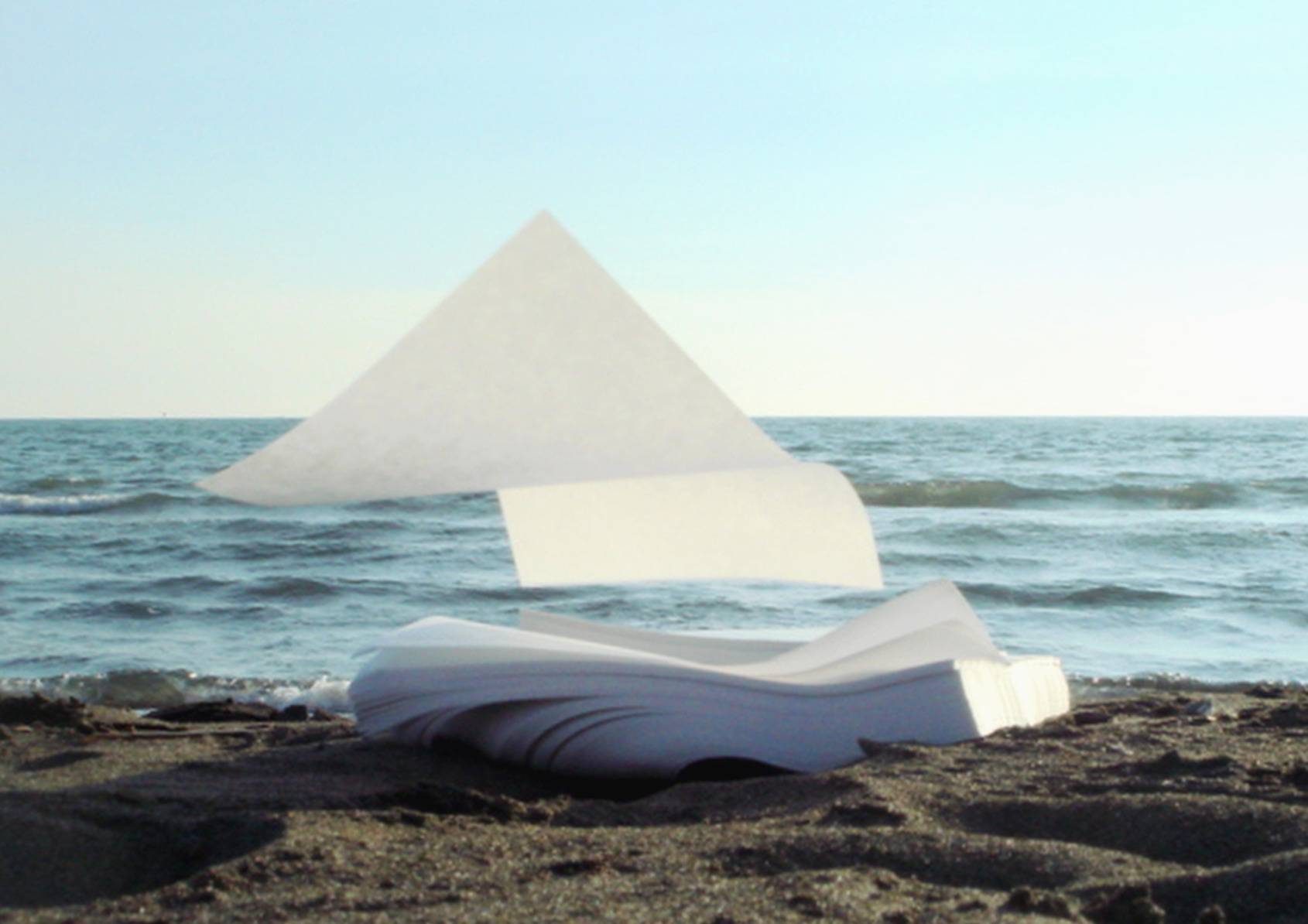 Riding the sea wind
The déjà vu emptiness
A day, a night
A page, another page
Through crystallized memories
Pathways across the fading seascape
The waves now boisterous now silent
Wandering on the ocean
Driven by the wind to no end
The horizon appearing beyond the sparkles on the water
To guide the traveler home
And unwillingly one story after another begin

Through multiple media, including new media, installation, and video, Kuo creates his unique poetic artistic language. He concerns the floating state of human spirit and keeps searching for the disappearing belongingness in modern environment. In the status of non-existence, he attempts to explore the essence of life.

When the work “Invade” was selected and shown in the Taiwan Hall at the 2005 Venice Biennale, the artist was the youngest ever presented in that show. He was awarded first prize at the 2005 Taipei Arts Awards and was nominated for the Visual Arts Award of the Taishin Arts Awards in 2008. His children’s book The Universe Has Lost a Tooth was published in 2016 and in 2017 he founded the STUPIN Art Studio to serve as a space where other artists could work on their projects. His works have been exhibited at the Taipei Biennial, Singapore Biennial, Sidney Biennial, Seoul International Media Art Biennale and the ZKM in Germany.