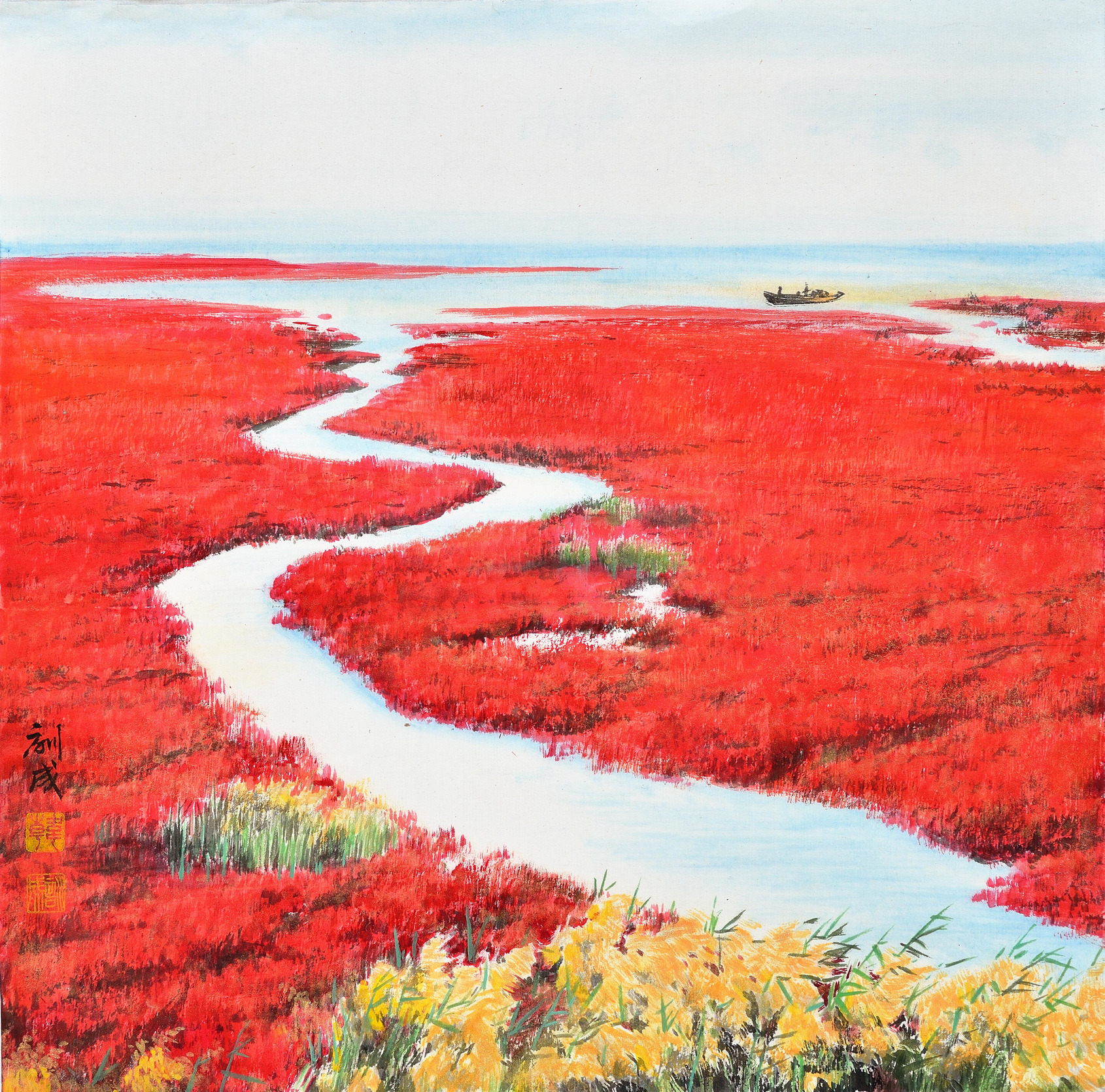 In his masterpiece “Red Beach”, colored inks are used to depict the spectacular world wonder in Panjin, Liaoning Province, China. The red beach measures over 200,000 acres in area. The green Suaeda salsa turns fiery red in autumn. The underpainting of the “Red Beach” is established by applying several thin layers of color to create warm saturation in such a heavy color painting, which is very difficult to achieve in traditional Chinese painting. The spectacular view of the beach is vividly presented.

Besides the unique choice of colors, the composition ratio of the sky is just perfect for the endless red beach to stand out. In addition, the skillful strokes make the shades of light and shadow become three-dimensional and also bring out the density changes between near and far objects. As a result, the hottest ecological beauty in the northeast of China is strikingly vivid in the painting.

Works and lives in Kaohsiung, Taiwan
1960 Born in Taiwan